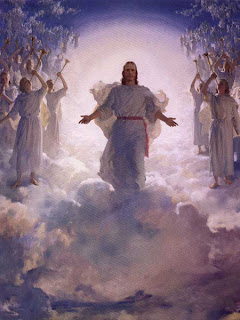 Our Loving Heavenly Father has provided three different Heavens that we can go to depending on our judgment. To really understand this we must have a correct view of who God is. God is a perfect, just, uncomprimising Being who demands perfection and righteousness, and executes the full-measure of justice, but He is also a kind, loving, merciful Being as well, who is quick to reward ANY amount of righteousness. Because He is our Heavenly Father He wants us to be happy and He does that by sending us to the Heaven  where we would be most comfortable and happy. This analogy will help understand what is meant by this.

Let's pretend you and I are cleaning out horse-stalls and we have a very formal event that we need to be at that night. We get done and you go home, get cleaned up, and change into nice clothes. I decide I'll relax and just go to the event as is. When we arrive at the event you would not feel out of place or uncomfortable, but I would. I would see everyone dressed up in their nice clothes, but I would be in my smelly dirty jeans and would not fit in or feel the slightest bit comfortable. But, the opposite is true if we were to go to a ranching supply store as I was and you went in your fancy clothes. You would feel uncomfortable and I wouldn't. Our Heavenly Father doesn't want to put us in a place we wouldn't feel comfortable in.

The Heavens are also called kingdoms and are named as follows; Telestial, greek adverb of tele meaning "far away", Terrestrial, latin root of terra meaning "Earthly, Celestial, latin root of caelestis for "Heavenly".  I will explain a tiny bit about the first two, but I will mainly talk about the Celestial Kingdom because that is our end goal.

The Telestial Kingdom is compared to the glory of the stars. Those who go there will be the people who rebelled against God their entire life and didn't allow Jesus Christ to help them change. 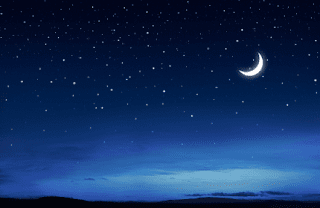 The Terrestrial Kingdom is compared to the glory of the moon. Those who go there will be those who were good honest people, but were focused more on the things of the world than the things God wanted them to. They would pick and choose which of the commandments they would follow, instead of making an effort to keep all of them. 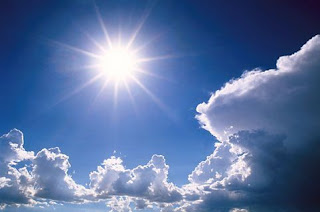 The Celestial Kingdom is compared to the glory of the sun. Those who go here are those who tried hard to keep all the commandments of God and they allowed Jesus Christ to help them change to become like Him. The Celestial Kingdom is the only place God is, it is the only place where you can be with your family forever, and it is the only place where you can ever hope to become as God is. When we were in the pre-mortal life we all wanted to make it here. This is what our goal was and still is.
Posted by Kheldon Sherwood at 11:21 AM No comments:

God's Plan For You: Judgment of God and the Glorious Resurrection

So after it's all said and done and the dust has settled, we will be brought to stand before God. The prophet Alma teaches, "..The atonement bringeth to pass the resurrection of the dead; and the resurrection of the dead bringeth back men into the presence of God; and thus they are restored into his presence, to be judged according to their works..." (Alma 42:23) Now it is vital to understand here that the Atonement purifies us at least temporarily so we may be judged in His presence for the simple reason that Isaiah says so plainly, "But we are all as an unclean thing, and all our righteousnesses are as filthy rags; and we all do fade as a leaf; and our iniquities, like the wind, have taken us away." (Isaiah 64:6) Also as Nephi states, "..No unclean thing can dwell with God..."

The prophet Alma testified, “Our words will condemn us, yea, all our works will condemn us; … and our thoughts will also condemn us” (Alma 12:14) John the Revelator says, "And I saw the dead, small and great, stand before God; and the books were opened: and another book was opened, which is the book of life: and the dead were judged out of those things which were written in the books, according to their works" (Revelation 20:12) Clearly the final Judgment has a direct correlation to the actions we have done here in this life. This is why the Savior warned so fervently that we need to strive to, "Be ye therefore perfect, even as your Father which is in heaven is perfect." (Matthew 5:48 ) Through accepting Jesus Christ and repenting of your sins and in following His footsteps through baptism and through the reception of the Holy Ghost we may be found clean at His judgment bar.

Posted by Kheldon Sherwood at 1:53 PM No comments:

God's Plan For You: Where Do We Go When We Die?

"Now there must needs be a space betwixt the time of death and the time of the resurrection."- Alma 40:6

In 1 Peter 3:18-19 it sheds a little more light on exactly where Jesus Christ Himself went during those 3 days in between His resurrection and death. It says, "For Christ also hath once suffered for sins, the just for the unjust, that he might bring us to God, being put to death in the flesh, but quickened by the Spirit: By which also he went and preached unto the spirits in prison;"

Remember that in John 20:17 He told Mary after His resurrection "Touch me not; for I am not yet ascended to my Father..." But, in Luke 23:43 He told the thief on the cross before His death "..To day shalt thou be with me in paradise." Jesus went to what is called the spirit world.

So we know where He went, but what exactly did He do in the spirit world? Just what 1 Peter 3:19 says, He preached His gospel there. That is what continues to this day. In the spirit world  there are two different spectrums; those who need to learn more about Jesus Christ and those who teach about Jesus Christ. If the acceptance of Jesus Christ and His suffering and death is a requirement for salvation, then what is to be said about those who have lived and died on the Earth and never received the opportunity to hear about Christianity? This is their opportunity to accept Christ and His teachings.
Posted by Kheldon Sherwood at 2:55 PM No comments:

God's Plan for You: Jesus the Christ Part 3

Well now that we have understood the principles and doctrines of the importance and significance of the Atoning Sacrifice of our Lord and Savior Jesus Christ, I'll now explain the blessings of this wonderful marvelous gift. Obviously the first thing the Atonement is going to do if we accept it through covenants is salvation. 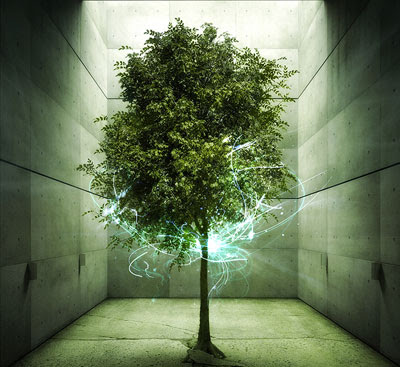 Salvation from what though? Jacob says,"O how great the goodness of our God, who prepareth a way for our escape from the grasp of this awful monster; yea, that monster, death and hell, which I call the death of the body, and also the death of the spirit." Death and hell are overcome through the atoning blood of the Lamb.


However Christ is very specific on who the fulness of Salvation may be bestowed. John the beloved states in the Revelation 21:7,"He that overcometh shall inherit all things; and I will be his God, and he shall be my son." He also says this in Revelation 3:21,"To him that overcometh will I grant to sit with me in my throne, even as I also overcame, and am set down with my Father in his throne." This is the full purpose and blessing of the Atonement of Jesus Christ.


It isn't to just restore us to the glory Adam and Eve had in the Garden of Eden. It was to Exalt us. It's sole purpose was for us to return in honor to our Father and to become like Him ourselves. To believe that Christ's Atonement is not capable of this is also to believe that His Atonement was not infinite and is not capable of doing ALL THINGS! Christ says in the above mentioned scriptures that His atonement is to allow us to; inherit all things, become Son's and Daughter's of God, and to sit with Him in His throne just as He overcame and sit's with the Father in His throne. This was the purpose of God's Plan for you, that if you accepted Jesus Christ, were obedient to His commandments and overcame the temptaions and lulls of the world you may become just as He is.
Posted by Kheldon Sherwood at 2:33 PM No comments: