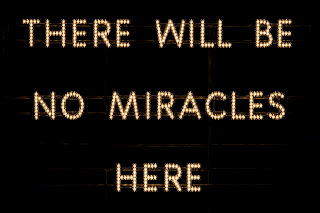 In this day and age we live in, God ministering to men through visions, dreams, or even in physical manifestations, seem to be all, but believable. A person is usually ridiculed and thought of as a lunatic if they make a claim similar to these. The sadder part is most of these persecutors would be ones who come from a Theological based faith. So this is the question I will pose, if we believe that there is a God in Heaven, why would He not be a God of Miracles?


No man or woman can pull down miracles from heaven unless they truly believe and have faith that it will happen. In the story I'm about to post; a man's son that is possessed by a demon is brought before the Savior and He is asked to cure the child. He is informed that His very own disciples could not cast out this devil, but Jesus cast out the devil immediately. The disciples saw this and they wondered why it was that they could not cast out the demon. They had cast out demons before and the would cast out demons after, but I want you to look for the reasons why the Savior tells them they were unable to administer to the child.


"...There came to him a certain man, kneeling down to him, and saying, Lord, have mercy on my son: for he is lunatick, and sore vexed: for ofttimes he falleth into the fire, and oft into the water. And I brought him to thy disciples, and they could not cure him. Then Jesus answered and said, O faithless and perversegeneration, how long shall I be with you? how long shall I suffer you? bring him hither to me. And Jesus rebuked the devil; and he departed out of him: and the child was cured from that very hour. Then came the disciples to Jesus apart, and said, Why could not we cast him out? And Jesus said unto them, Because of your unbelief: for verily I say unto you, If ye have faith as a grain of mustard seed, ye shall say unto this mountain, Remove hence to yonder place; and it shall remove; and nothing shall be impossible unto you. Howbeit this kind goeth not out but by prayer and fasting."
(Matthew 17:14-21) 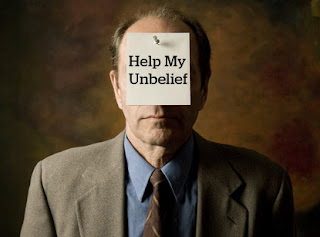 In conclusion I'm going to quote a prophet from the Book of Mormon who simply answers this question, "And if there were miracles wrought then, why has God ceased to be a God of miracles and yet be an unchangeable Being? And behold, I say unto you he changeth not; if so he would cease to be God; and he ceaseth not to be God, and is a God of miracles. And the reason why he ceaseth to do miracles among the children of men is because that they dwindle in unbelief, and depart from the right way, and know not the God in whom they should trust." (Mormon 9:19-20) As an additional testimony that these scriptures are accurate and true, Jesus Christ did not perform miracles in Nazereth because of their unbelief (Matthew 13:58).  Brothers and sister, we must believe. We must. If we do not we will not be privileged to the things which could have been ours if we had, but believed. True belief. I invite you to search within your hearts and commit to follow Christ by keeping His commandments, diligently seek to know Him and understand who He is by reading the Word of God, and by emulating His example in kindness, love, and patience.

Posted by Kheldon Sherwood at 10:59 AM