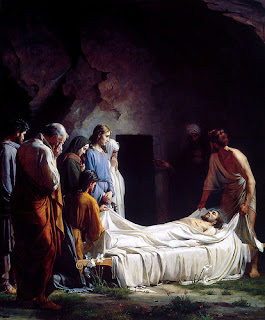 Within 100 years of Christs crucifixion His church and His authority were entirely and completely gone. Not a particle, not one shred of authoritative power from God was able to be effectively or redemptively administered. Without the spirit of prophecy or revelation the church, Christ had established, began to become corrupted. The ideas and philosophies of men altered the true doctrines taught by the Savior and replaced them with false conclusions that over time became "established" truth brought forth in the Nicene Council.

Speaking of the impending apostasy which was about to supersede him and of the second coming of our Lord, Jesus Christ, Paul made this statement to the Thessalonians, "Let no man deceive you by any means: for that day shall not come, except there come a falling away first, and that man of sin be revealed, the son of perdition..." Clearly Paul says here that the church was going to fall and that it would fall before the second coming. Peter also foresaw the apostasy which was about to take place and actually asked the Lord before He ascended into Heaven, "Lord, wilt thou at this time restore again the kingdom to Israel?" Peter knew there was going to be a falling away and also knew there would be a restoration of the kingdom. Answering Peter's question about the Restoration, Christ says this, "It is not for you to know the times or the seasons, which the Father hath put in his own power." Basically telling Peter, it's not relevant to you to know that. But, despite the darkness and the confusion in the world, God would restore the truth.
Posted by Kheldon Sherwood at 1:29 PM