The Power of God Given to Men 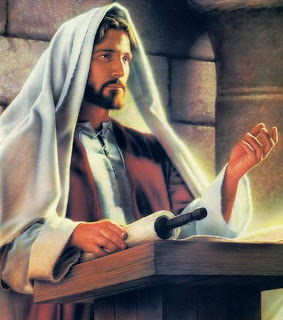 Jesus is the way, the truth, and the life. He travelled many lands performing miracles including healing the sick, the afflicted and curing all manner of diseases. He gave hope to the down-trodden, relieved those who were bound by their burdens. But, most importantly He gave His life a Ransom, an act of the purest love ever known, in behalf of the children of men, that includes you and me. I would like to focus on another part of Christ's life that is shadowed by His atoning sacrifice, I would like to talk as the testimonies of Matthew and Mark describe Jesus as, "One having authority...".

What was this authority and why was it necessary? Well, let's compare this authority that Christ had in today's world. Suppose you were speeding ,not suggesting you do so in any way, and a brand new police officer pulled you over. Would you discredit him because he is inexperienced or because this is his first time authoritatively pulling someone over? Or would you comply with the authority he has to give someone a ticket? The correct choice here would be to comply with him because he has the authority. On the other hand, say a lawyer one who has meticulously studied law every point about it, one who knows absolutely everything about the law you have just broken and all the consequences, pulls you over and gives you a citation for breaking the law, is it in effect? Absolutely not. Yes, he may know the law, but he doesn't have the authority to enforce it.
This is exactly what was happening in Jesus' day. Pharisees, Scribes and Rabbi's in His day knew what to teach and how to live to almost precisely the T. Yet their exhortations and sermons were hollow. Why? Because they didn't have the authority Christ did. Especially the authority from Heaven to teach and minister to men. Paul in his letter to the Hebrews says this, "And no man taketh this honour unto himself, but he that is called of God, as was Aaron." This is why that authority was important because it came from God. This authority is known as the holy priesthood.
Posted by Kheldon Sherwood at 11:13 AM