The Book of Mormon: What Is It? 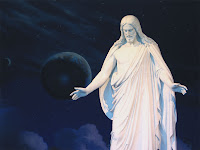 Simply put, the Book of Mormon is another testament of our Lord and Savior Jesus Christ. But, to go a little more in depth the Book of Mormon is scripture, it's the word of God, written by prophets in the America's. It testifies that Jesus is the Christ, the living Son of the living God. The book, is a record of God's dealings and interactions with His children in the America's, just how the Bible is a record of God's dealings with the Jews, and testifies, just like the Bible, that Jesus Christ would come down from Heaven would minister among the children of men would die and live again, for us. The Book of Mormon does not replace the Bible, instead it makes the word of God even sharper in it's effect of penetrating to the soul.

The book's accounts are a record of two epic civilizations, the first group coming over when the Lord confounded the tongues at the tower of Babel, through disobedience and apostasy they eventually were all destroyed through civil and revolutionary wars. They are known as the Jaredites. The latter group came much later at around 600 B.C., it is an account of a family leaving Jerusalem and fleeing to the "promised land". Over time the fell into patterns of wars and peace, but the crowning event in the Book of Mormon is the personal appearance of Jesus Christ to the people in the Americas, but a few centuries after His visit the more righteous group, the Nephites, fell into an apostasy and were eventually destroyed leaving only the Lamanites who are among the ancestors of the American Indians.
Posted by Kheldon Sherwood at 10:37 AM